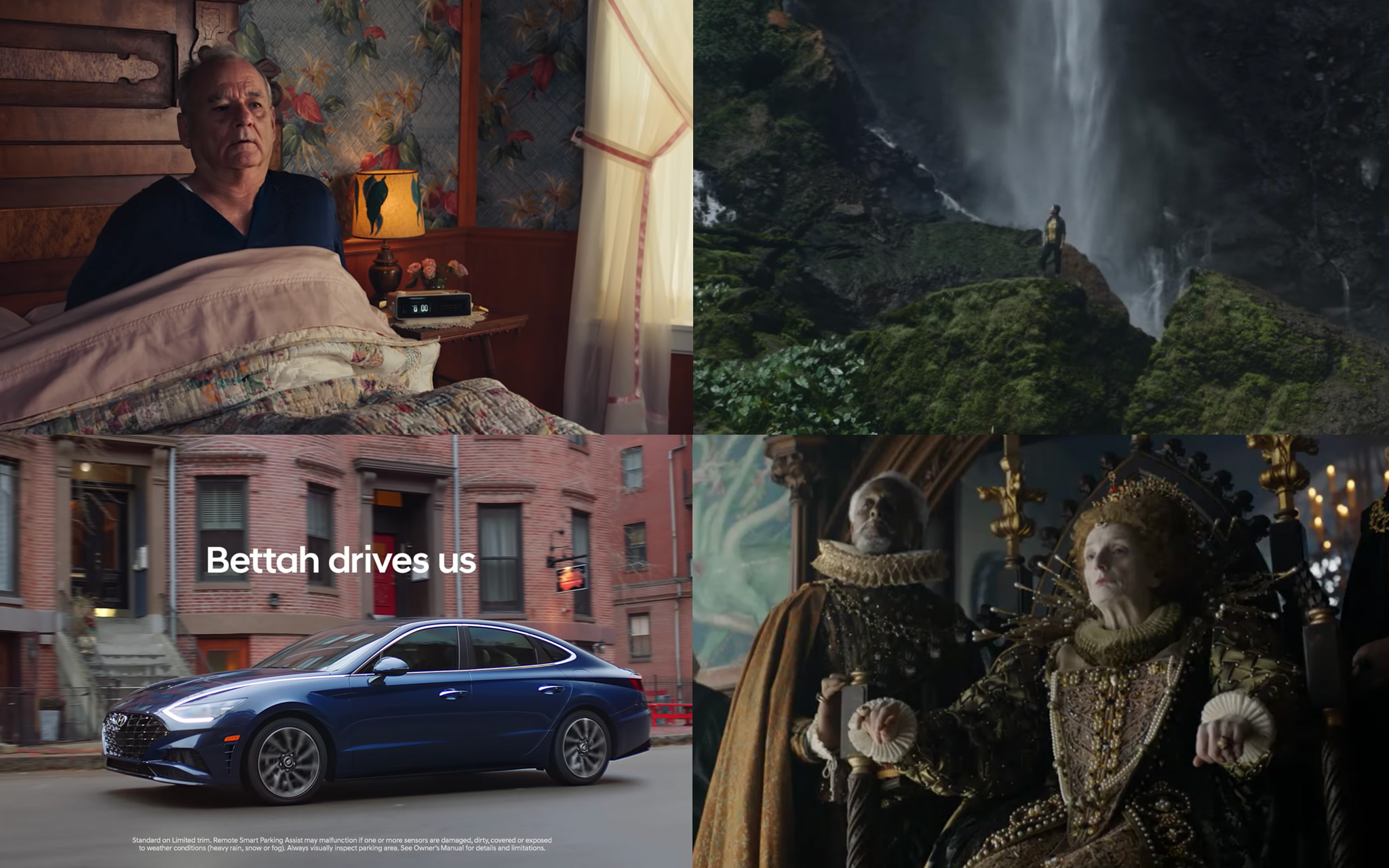 Well the big game has come and gone. The spectacle. The pageantry. And of course, the excess.

Oh yeah… and the heartburn. Ouch.

During the game, everyone gets to be a critic. Everyone gets to say what play the team should have gone with — what mistakes the coach made, all from the comfort of their couch or a barstool or a watching party.

Everyone gets their opinion about the halftime show, too, and they take to social media to praise or put down the talented people who choreograph, costume and perform. And sure, I’ve been to a dance recital, I could critique the dancers. I mean, attending that recital makes me an expert, right? But I don’t. And I leave the football talk to people who actually played the game and understand it, too.

That said, I have been in advertising for almost 20 years, so maybe I have the right to comment on the advertising. Also, commenting on the ads is a requirement of my job, so I sorta have to.

So yesterday, my colleague Kirsten and I watched the game (coincidentally both from other people’s couches). We scrutinized the commercials. We formulated opinions. Here’s what we liked, didn’t like, and some general thoughts.

First, I asked Kirsten what she thought. She replied:

Google’s Loretta spot was my favorite. It was heartwarming and sweet.  However, since it made me cry when watching, it didn’t really feel like a Super Bowl spot. If I had to choose my favorite ‘Superbowl-like’ ad, I’d choose Jeep’s Groundhog Day spot.

My least favorite was Audi’s Let it Go spot. Given that the movie Frozen came out in 2013, it felt a little dated that they were featuring that song.

As the Super Bowl came to an end, my last two thoughts were: Man, I really missed seeing the Budweiser Clydesdale spots. And why is Post Malone so famous?!?”

And then I gave it some thought too. Here’s my take:

“I was at a friend’s house. A gathering of some neighborhood people with copious amounts of food and some beverages. I was not paying any attention to the game, but then I’d cut people off mid-sentence once the commercials came on. Most of the game, I spent my time NOT worrying about stains and also hoping NOT to see any more of Charlie Day.

My favorite was — like Kirsten — Google’s Loretta. It resonated with me, because I have (or have had) some family members and loved ones who dealt with memory challenges. At its core it was a simple demo, but an elegant and emotional use of the product, too. I found myself really thinking about this idea of the “a little help with the little things” line at the end. To me, being able to remember a loved one is a BIG thing, and an important thing. But Google chose subtlety over bombast, and it worked. Might have been more effective shown during the Oscars or Emmys or something like that, but I liked it. I’m a softy.

I didn’t really love the ‘style-over-substance’ of the Walmart ads, as I felt the brand trod this ground at last year’s big game. And the only difference to me was where the Walmart Pick Up customers were coming from and the light years they had to travel to get their groceries and sundries. Also, the Facebook spot was overlong and punny. Not my jam.

Three I liked?  Step on Earth from Turkish Airlines, Before Alexa from Amazon Alexa, and Smaht Pahk from Hyundai.

The reason I liked Step on Earth is simple: I love travel. I think it is massively important for people to leave their comfort zones if at all possible and experience other places and people. It leads to a greater understanding of our world and our place in it. I don’t know if even one person will buy a Turkish Airlines ticket as a result of seeing this, but if even 5% of the people who saw this commercial are inspired to get out and see something new, the world will be a better place for it.

I found Before Alexa to be charming and pretty funny, with just the right amount of “what-the-hell-is-happening-here?” and a laugh or two. I wonder if Ellen really uses an Alexa? I kinda doubt it, unless she has a staff member named Alexa.

Lastly, you can take the kid outta Boston, but not Boston outta the kid (it’s my hometown). And speaking of, I got a real kick outta Smaht Pahk. I thought it was (pahking) spot on with hilarious performances, a great demo and a very welcome appearance by Big Papi. I’m not buying that (or any) car anytime soon, but I found the spot effective and memorable.

And now I’m back at work. Mercifully, I’m not hungover. And honestly, I’ll be fine if I don’t see a chicken wing or any sort of dip again anytime soon. All in all, I enjoyed the game. Not the best year for spots, but also not the worst. I’m a fan of advertising in general so it’s never a bad time for me, plus there is usually beer.

Thanks for reading. Get out there and watch some ads. Buy some stuff. And remember to have some fun.